The best prices found for TLV flights for September, October

Cheap flights to Tel Aviv found for this year

The cheapest ticket to Tel Aviv found for each month in 2021 based on historical flight searches by Cheapflights users.

When is the best time to fly to Ben Gurion Intl Airport?

The best time to fly to Tel Aviv is during July, but great deals can be found at other times. August sees the temperatures in Tel Aviv peak to their warmest. January tends, on average, to see the most amount of rainfall.

When is the best time to book a flight to Tel Aviv?

The best time to book flights to Tel Aviv is 28 days before your desired departure date. The cost of your flight will likely increase significantly if you book two weeks in advance of your flight.

Which day is cheapest to fly to Tel Aviv?

The cheapest flights to Tel Aviv are usually found when departing on a Wednesday. The departure day with the highest cost at present is Friday.

What time of day is cheapest to fly to Tel Aviv?

Take a break from the intensity of other places in Israel and enjoy a little rest and respite in Tel Aviv. Situated nicely along the Mediterranean, Tel Aviv has some of the most beautiful beaches in the world. After a lazy day on the beach, head out for some nightlife, which some say could rival that of New York City or London. Tel Aviv is growing – both in population and in modernisation – at a very fast pace. Today, many travellers on Tel Aviv flights are heading for business meetings in the city’s financial centre, or stopping overnight before boarding additional flights to Israel’s other destinations.

Even though the city is relatively young (founded in 1909) there are some historical aspects of Tel Aviv. Take a tour of the Tel Aviv Museum of Art for its impressive collection of Impressionist and Post-Impressionist art; the Diaspora Museum (Beit Hatfutsot) tells the tale of Jewish history and welcomes millions of visitors year-round; and the Israel Philharmonic Orchestra and the Cameri Theater to the New Israel Opera call Tel Aviv home. Today, Tel Aviv is also home to Jaffa, which dates back thousands of years.

Tel Aviv is home to hundreds of thousands of Jews, Muslims and Christians and continues to adapt to the ever-changing world with the addition of new technology, state-of-the-art buildings and five-star restaurants and shopping boutiques. Flights to Tel Aviv are a great starting point for travellers going on to experience other parts of Israel.

Tel Aviv has mild winters, hot summers, and high humidity year-round. August is the hottest month with temperatures in the 30s (Celsius). January is the coolest month with average temperatures ranging from about 4 to the low teens.It rarely rains May through September. Even though November through March are rainy, many travellers prefer the cooler temperatures.

When is the best time to fly to Tel Aviv?

Tel Aviv is busy in July and August when Israelis take their holidays and head for the city. Not only are hotels and attractions crowded, some hotels add a surcharge to their rates.

Hotel prices are also very high during the Passover (early April) and Sukkoth (late September–early October) holidays. At the same time, services are curtailed and many Israelis go away for Passover. Hotel reservations for Passover need to be four months in advance and plane reservations six months to a year in advance.

May and early to mid-September are pleasant times to visit Tel Aviv.

If you prefer cool, rainy weather to dry heat, and less expensive hotels, November through March are a good time to visit.

Getting around Tel Aviv

Most of Tel Aviv’s sights are within walking distance of each other, making it very easy to get around on foot. If you get tired, you can always hop on a bus, sherut or taxi. Buses run all over town, but not on Saturdays. Save some money by buying ten-ride tickets or monthly passes. A sherut is a minibus that follows public bus routes. Seven people can ride at once and you can hop on or off at any point on the route. They are sometimes more convenient than a bus since they run more frequently. They also run on Saturdays, but the rates are higher.

Taxis are convenient to hail, but fares run higher at night. Always make sure the meter is turned on.

Avoid driving unless you’re looking for some adventure. Tel Aviv drivers can be quite aggressive. Many streets don’t allow turns or are accessible only to taxis and public transport vehicles. Street signs are sporadic and often not in English, and parking can be hard to find.

What airport do you fly into for flights to Tel Aviv?

See alternative destinations where airfare is generally forecast to be close to Tel Aviv flight prices. 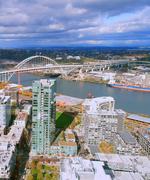 Find the best Tel Aviv flight deals for you

Cheap tickets to Tel Aviv found by our users in Hong Kong as recently as September 28, 2021.