When is the best time to fly to Surabaya?

HK$ 4,100
HK$ 3,280
HK$ 2,460
HK$ 1,641
March is typically the best time to fly to Surabaya, but there are other times where great deals are available. If you are looking for warm weather when you arrive off of your flight to Surabaya then October is statistically the hottest. February is historically the period with most rainfall.

When is the best time to book flights to Surabaya?

The best time to book flights to Surabaya is 60 days before your desired departure date. The cost of your flight will likely increase significantly if you book two weeks in advance of your flight.

Which day is cheapest to fly to Surabaya?

Wednesday is currently, on average, the cheapest day to fly to Surabaya. Flying on Tuesday will result in higher flight prices.

Flights in the evening are typically the cheapest time of the day to fly to Surabaya. Flights in the morning are usually the most expensive.

Located on the Indonesian island of Java, Surabaya is best known for its proximity to the tropical paradise of Bali, just a 45 minute plane ride away.  The city also attracts lovers of Asian cuisine due to its wealth of eating places, both formal and casual, as well as explorers seeking a starting point from which to trek the backcountry. Cultural historians are also known to flock to Indonesia’s second city due to its prominent role in the Indonesian Revolution. Indeed, so revered is Surabaya in the independence story that it is known as the City of Heroes.

For those making the trip to Bali, the world is your oyster. Festivals and musical events happen throughout the year, with something going on almost every week. The annual Arts Festival, held at the end of June until the beginning of July, is a must-see as it allows visitors to get a true taste of Indonesian culture and art. The Kite Festival at the end of July is also worth checking-out, as are the bullock races held throughout the year.

When to fly to Surabaya

Due to the city’s tropical climate, temperatures are consistent throughout the year, remaining within the 24C-32C range. However, Indonesia is also prime monsoon territory, and the country is drenched from November until May/June. Accordingly, visit during the dry season, July-October and avoid the wet weather as well as the humidity. If you are unable to miss the wet season, check-out the Surabaya Culture Parade in late April. This popular event features performing arts and traditional processions, and often runs well into May.

July sees the Surabaya celebrate its sister city connection with Kochi, Japan when it hosts the traditional Japanese Yosakai Dance Festival. Also staged in July is the Surabaya Cross Culture Art Festival, and offers visitors an insight into a wealth of traditional cultures outside of Indonesia, including China and South Korea.

The majority of Surabaya’s buses operate from Purabaya bus terminal at Bungurasih, six miles (9.5 km) south of the city centre. Damri buses run between the bus terminal and the city centre, but are often crowded due to their popularity. The best damri option is the P1 service from the bus terminal, and it will drop you off at the Jl Tunjungan/Jl Pemuda intersection. The city is easily navigated by foot, but you might want to copy the locals and hire either a bicycle or a moped. 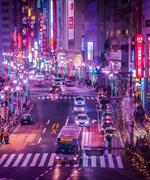