Which day is cheapest to fly to Ottawa?

The cheapest day to fly to Ottawa is usually Tuesday. At the moment, Sunday is the most expensive.

What time of day is cheapest to fly to Ottawa?

To get the best value, try booking a flight in the evening when visiting Ottawa. Generally the prices will increase for flights in the morning as these tend to have higher demand.

Ottawa is Canada’s fourth-largest city, selected as the capital by Queen Victoria in 1857. The city is located on the Ontario side of the Ottawa river, opposite the French-speaking city of Hull and less than an hour’s drive from the border with the US. Ottawa itself is bilingual, with most residents speaking both English and French.

The city is home to the country’s parliament – housed in three spectacular gothic buildings perched atop Parliament Hill on the Westside of the Rideau Canal – and something of a cultural centre.

Museums, galleries and theatres abound, including the National Gallery, the Museum of Civilisation and the National Libraries.

Lying on the confluence of three rivers (the Ottawa, Gatineau, and Rideau), it is also one of the greenest cities in Canada, with many public parks and spaces as well as easily accessible surrounding countryside.

Its compact size makes it all the more appealing for visitors as most attractions are within easy walking distance. The airport, Ottawa International, at which flights to Ottawa land, is well connected by public transport as well as by taxi and limousine.

Winter can get very cold indeed in Ottawa: the second lowest temperature in a capital city was recorded in Ottawa in 1943 of -31 degrees Celsius and in terms of January temperatures it is the third coldest capital in the world (after Ulan Baatar and Astana). Temperatures in the summer, however, are relatively warm. The average July temperature is around 26C.

When is the best time to fly to Ottawa?

As with most cities, Ottawa is a year-round destination with something to do even in the depths of winter.

The most popular season to visit the city is during its summer, roughly from June to late August. This is when the majority of visitors step off flights to Ottawa.

Rates of Ottawa flights can fall in the spring and autumn as temperatures and weather are unpredictable. Heavy snow has been known to fall as late as May. However, there is still much to do in the city: most attractions are open year round and there are annual events and festivals taking place. Check the events and festivals page of the Ottawa city website for detailed information.

Winter time (November through February) is the least popular time to visit Ottawa.

Public transport in Ottawa is provided by OC Transpo (buses and the light rail O-Train). Driving is pretty easy and parking spots are freely available. Ottawa is a great city for walking and cycling too. Most of the sights downtown area are within walking distance of each other. Taxis, tour buses and riverboats are all other ways of seeing the city.

What airport do you fly into for flights to Ottawa?

Ottawa (YOW), located 10.6 km from the city centre, is the airport you fly into when you book flights to Ottawa.

See alternative destinations where airfare is generally forecast to be close to Ottawa flight prices. 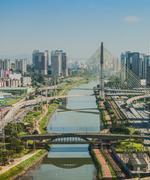 Cheap tickets to Ottawa found by our users in Hong Kong as recently as June 17, 2021.

Not set on Ottawa? See the cheapest flights to Hong Kong. Airfare prices updated on June 17, 2021.