The best prices found for MXP flights for August, September

Cheap flights to Milan found for this year

Late deals on return flights to Milan, departing today and this week

The cheapest ticket to Milan found for each month in 2021 based on historical flight searches by Cheapflights users.

When is the best time to fly to Milan?

Average Milan flight ticket prices and weather conditions for 2021 and 2022 by month.

The best time to fly to Milan is during October, but great deals can be found at other times. If you are looking for warm weather when you arrive off of your flight to Milan then July is statistically the hottest. July is historically the period with most rainfall.

When is the best time to book a flight to Milan?

The price you pay for your flight to Milan may vary depending on when you book. For the best chance of a lower fare, look to book 17 days in advance of your trip. Fares are likely to increase a fortnight or so before your departure date.

Which day is cheapest to fly to Milan?

The cheapest day to fly to Milan is usually Tuesday. At the moment, Saturday is the most expensive.

What time of day is cheapest to fly to Milan?

Flights at midday are typically the cheapest time of the day to fly to Milan. Flights in the evening are usually the most expensive.

The city on the Lombardy plains is beautiful, dynamic and very well dressed. It’s a financial centre, a city of the arts, a sporting town and a world-famous fashion capital. Like other cities in Italy – Rome, Florence, Venice – one almost falls over the art works, the churches, museums and statues.

The spiky-spired, statue-laden cathedral (Duomo) occupies a central position in Milan – the streets fan out from there. No less impressive – a different type of church perhaps – is the Galleria Vittorio Emanuele II. This enormous shopping mall is home to the likes of Gucci, Prada and Louis Vuitton.

The fashion district takes in Via Montenapoleone, Via Sant’Andrea, Via della Spiga and Via Manzoni – all high-end. Milan is where several designers started out including Armani, Missoni, Valentino, Versace and Prada.

The other Milanese passion is football. Milan is home to two football teams – Inter FC and AC Milan. The San Siro is one of the temples of football.

With three airports in the vicinity – Malpensa, Linate and Orio al Serio Airport near Bergamo – searching for cheap flights to Milan is no hard task.

Summers are hot and muggy, especially in July and August with temperatures reaching the 30s (Celsius). Milan is damp and cold in winter with temperatures below freezing, but the mountains protect the city from the Northern European winters. Spring and autumn temperatures are in the teens and 20s. October and November typically get the most rain.

When is the best time to fly to Milan?

The Italians and foreign visitors descend on the lakes in July and August, especially on weekends. Lake Como is the most popular, and most crowded, destination. Many Milanese are on vacation for the month of August, but the city is filled with foreign visitors.

Spring into early summer and autumn are the best times to see Milan and the lakes while the weather is comfortable and there are few crowds. Keep in mind, before booking Milan flights, that many of the ferry services stop running in October and do not start back up again until May.

Between walking and using the city’s efficient public transport system, you won’t have any trouble getting around Milan. The buses and trams run all night long and the metro stops at midnight. Buy tickets at Metropolitana Milanese (MM) stations and some newspaper stands, but be aware that the tickets expire. Stamp your ticket when you board; failure to do so can cost you a huge fine.

Taxis have to be picked up at stands, and you will be charged extra for luggage, late night trips and Sunday rides. Driving is not recommended. There are many one-way streets and reckless drivers and few parking spots. If you must drive, leave the car at an MM station outside the city.

See alternative destinations where airfare is generally forecast to be close to Milan flight prices. 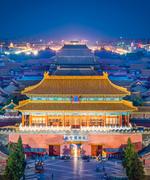 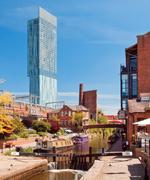 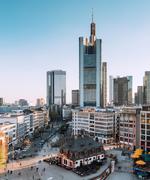 Flights to
Frankfurt am Main
HK$3,654

Cheap tickets to Milan found by our users in Hong Kong as recently as August 03, 2021.

See all airports in Milan, select one to find and compare flight prices.

Not set on Milan? See the cheapest flights to Hong Kong. Airfare prices updated on August 03, 2021.